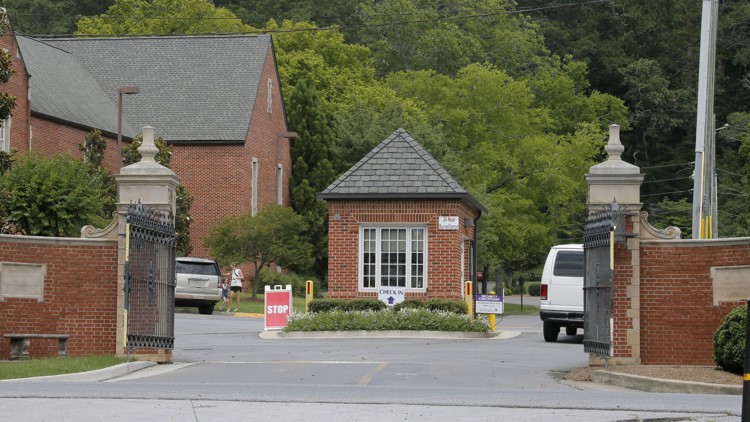 A year after reports surfaced of decades-old sexual abuse at a Georgia boarding school, seven more former students say they, too, were victims.

Sixteen former students of the Darlington School in Rome now allege that a longtime English teacher and dorm master molested or sexually harassed them during the 1970s and 1980s. Another former student, who died by suicide in 2016, also said the same teacher abused him.

The 16 former students and the estate of the 17th allege in lawsuits filed this week that Darlington “turned a blind eye to the pain and suffering of its students.” The suits say the school perpetuated the abuse by imposing “secrecy at all costs,” even as at least four students reported between 1978 and 1988 that they had been abused or propositioned.

The suits named three individual defendants: Roger Stifflemire, a former teacher who lives in Deatsville, Alabama; Fred Marquette, a friend of Stifflemire’s from Lake Jordan, Alabama; and David Ellis of Watkinsville, the son of a former faculty member.

Stifflemire, Marquette and Ellis have not responded to the lawsuits. Their lawyers have previously denied allegations against them.

Darlington’s headmaster, Brent Bell, issued a statement saying sexual abuse is not tolerated at the school.

They accuse Stifflemire, who taught at Darlington from 1974 to 1994, of repeatedly coercing them into sex acts and of providing them with drugs and alcohol in return. The suits say Stifflemire abused students in his apartment in a Darlington dormitory, in other campus buildings, in his car and at off-campus locations.

One former student said Stifflemire first molested him during a Boy Scouts camping trip on which the teacher acted as scoutmaster. The student was in the eighth grade.

Another said Stifflemire filed disciplinary charges against him in retaliation for rebuffing sexual advances.

Marquette, who served time in prison for child molestation in Alabama, allowed Stifflemire to bring boys to his lake house, where both men engaged in sex acts with students, according to the lawsuits. Marquette, who is in his late 90s, told The Atlanta Journal-Constitution in 2017 that he didn’t remember whether he had had sex with Darlington students.

Ellis, himself a former student, was accused of molesting at least one younger boy.

The suits filed this week replace an earlier case that combined the claims of 10 former students. They withdrew that suit last December, hoping the Georgia General Assembly would expand the liability of institutions such as Darlington that didn’t stop sexual abuse. Lawmakers failed to pass the bill this spring.

The new suits rely on the same law as the original case. They were filed in Oconee County because one defendant, Ellis, lives there, Penn said. The earlier suit was filed in Floyd County, where Darlington was founded in 1905. Suing the school in its hometown seemed risky, Penn said.

“Darlington has such a prominent role in Floyd County,” he said. “It might be difficult to even seat a jury that didn’t know anything about the school.”