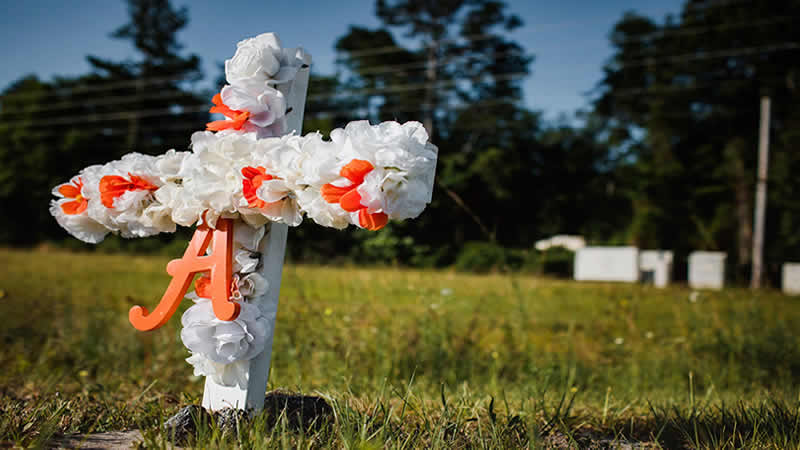 The shooting death of Ahmaud Arbery has renewed criticism of the police agency that released the two suspects. They were charged by the state months later.

BRUNSWICK, Ga. — When the Glynn County Police Department arrived at the scene of a fatal shooting in February in southeastern Georgia, officers encountered a former colleague with the victim’s blood on his hands.

They took down his version of events and let him and his adult son, who had fired the shots, go home.

Later that day, Wanda Cooper, the mother of the 25-year-old victim, Ahmaud Arbery, received a call from a police investigator. She recounted later that the investigator said her son had been involved in a burglary and was killed by “the homeowner,” an inaccurate version of what had happened.

More than two months after that fatal confrontation, the Georgia Bureau of Investigation, which took over the case this week, arrested the former officer, Gregory McMichael, and his son, Travis McMichael, on charges of murder and aggravated assault.

The charges — which came after the release of a graphic video showing the killing as the two white men confront Mr. Arbery, who was African-American — made clear the depths of the local department’s bungling of the case, which was just the latest in a series of troubling episodes involving its officers. 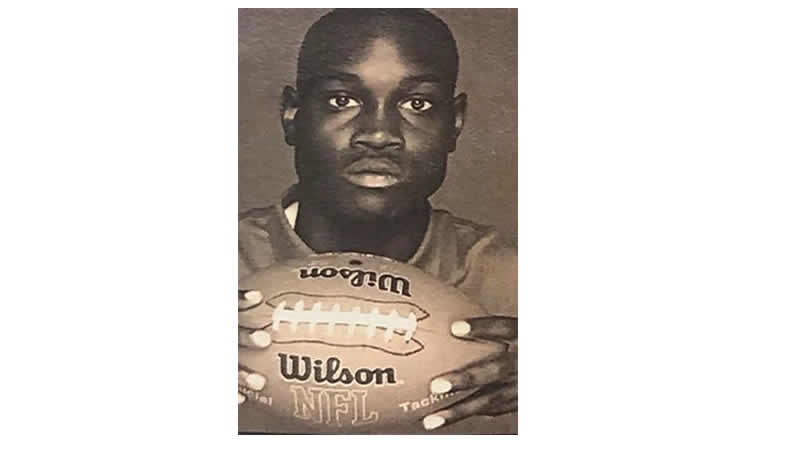 And it was one element of the broader potential breakdown of the justice system in South Georgia. Attorney General Chris Carr, through a spokeswoman, said on Friday that he planned to start a review of all of the relevant players in that system.

Mr. Carr’s office has already determined that George E. Barnhill, a district attorney who was assigned the case in February but recused himself late last month, should have never taken it on. Among his many conflicts: His son once worked alongside one of the suspects at the local prosecutor’s office. 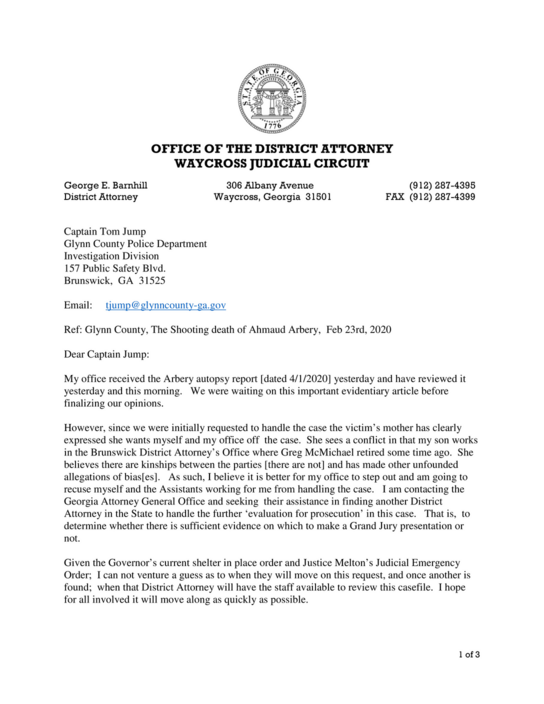 S. Lee Merritt, a lawyer representing Mr. Arbery’s family, has called for a federal civil rights investigation focused not only on the men who pursued Mr. Arbery, but the broader justice system.

“It’s small-town America,” Mr. Merritt said in an interview on Thursday. “Those counties, the law enforcement community there they know each other well, they recycle officers in between themselves — it’s a very tight-knit community.”

Over the years, Glynn County police officers have been accused of covering up allegations of misconduct, tampering with a crime scene, interfering in an investigation of a police shooting and retaliating against fellow officers who cooperated with outside investigators.

The police chief was indicted days after Mr. Arbery’s killing on charges related to an alleged cover-up of an officer’s sexual relationship with an informant. The chief, John Powell, had been hired to clean up the department, which the Glynn County manager described last fall as suffering from poor training, outdated policies and “a culture of cronyism.”

The Glynn County force was the sort of department where disciplinary records went missing and where evidence room standards were not maintained, leading the state to strip it of its accreditation. 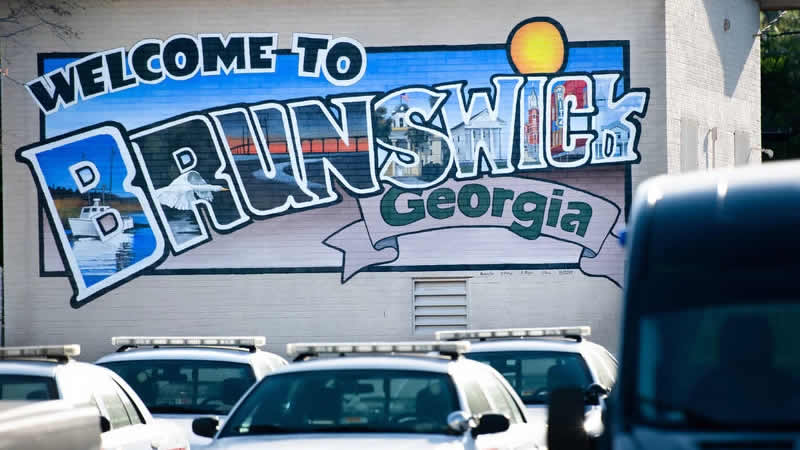 Mr. Arbery was killed after the McMichaels confronted him while he was running in the Satilla Shores neighborhood just outside of Brunswick, the Glynn County seat. But neither of the McMichaels was arrested immediately after the slaying, which occurred on Feb. 23 at about 1 p.m.

According to a police report, Gregory McMichael said that he saw Mr. Arbery running through his neighborhood and thought that he looked like the suspect in a rash of recent break-ins. Mr. McMichael, 64, told the authorities that he and his son, Travis McMichael, 34, armed themselves and began chasing him in a truck.

Gregory McMichael had been a Glynn County police officer from 1982 to 1989, and later worked as an investigator in the local prosecutor’s office, before retiring last year.

Darren W. Penn, a lawyer and a department critic, said the Ahmaud Arbery case was “another symptom or sign of a police department that appears willing to protect those that they know.”

Mr. Penn is representing a woman who is suing the department over claims that it failed to intervene with her estranged son-in-law, a Glynn County officer, who killed her daughter, a friend and himself in 2018.

County officials and a police spokesman could not be reached on Friday for comment.

From the start, Mr. McMichael’s connections to the police department and the prosecutor’s office presented other challenges.

The first district attorney assigned to the case, Jackie Johnson, recused herself because she had worked with Mr. McMichael. The second prosecutor, Mr. Barnhill, advised Glynn County police that there was “insufficient probable cause” to issue arrest warrants, according to an internal document.

Finally, the case moved to Tom Durden, the district attorney in Georgia’s Atlantic Judicial Circuit in Hinesville, Ga., who this week formally asked the state bureau of investigation to get involved, according to a G.B.I. statement. A Justice Department spokesperson said this week that the F.B.I. was assisting in the investigation.

Bob Coleman, a county commissioner at large, was critical of Ms. Johnson, saying she should have given the case to the state attorney general, not Mr. Barnhill. After the Georgia Bureau of Investigation made arrests this week, Mr. Coleman said, “That’s what should have happened a long time ago before the sun went down. They killed a person in the bright sunlight.”

Glynn County is a marshy coastal corner of Georgia about 300 miles southeast of Atlanta with about 85,000 residents, and is known mostly for its mellow barrier islands and its rich African-American coastal culture.

Like many Southern communities, its history is studded with racial violence, including three late 19th-century lynchings. Today, the county is about 70 percent white and 27 percent black, according to census figures.

On Friday, hundreds gathered under the moss-draped trees outside the Glynn County courthouse to protest, arguing that the handling of the case had been botched as months went by without charges.

“I will never call the Glynn County police to my house!” one of Mr. Arbery’s aunts said.

Mario Baggs, a lifelong resident of Brunswick, said he believed that race was a factor in Mr. Arbery’s killing, given the unfair treatment black men have long received.

“The black man is an endangered species,” Mr. Baggs, 46, said. “We need justice, we need relief, we need the world to pay attention.”

Yet he also believed that Mr. Arbery’s case fit into a larger pattern of dysfunction. 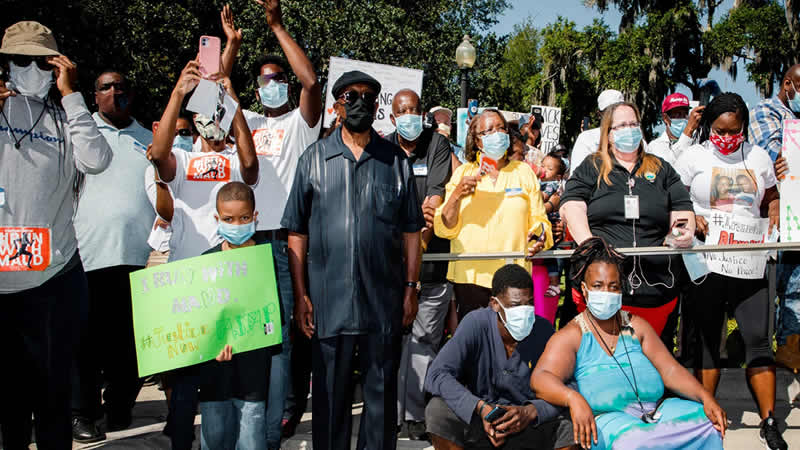 Over the last decade, the Glynn County Police Department, which has 122 officers, has faced at least 17 lawsuits, including allegations of illegal search and seizure.

One suit accused the department of wrongfully killing an unarmed white woman after officers fired through her car windshield. An investigation into that shooting found that Glynn County officers had tried to interfere with the inquiry to protect the officers involved.

One of the officers in that shooting later killed his estranged wife and a friend. The wife’s mother accused the police of ignoring several alarming encounters in the months before the killings.

Mr. Powell, the police chief, was arrested this year along with three other department officials after an investigation into a disbanded narcotics task force. The inquiry found that Mr. Powell had actively tried to shield wrongdoing by the task force. That led to his indictment on charges including violating the oath of office, criminal attempt to commit a felony and influencing a witness.

As details of Mr. Arbery’s death slowly emerged and were reported in The Brunswick News, Mr. Arbery’s mother, increasingly distraught, called the department. She said that she had been told one thing, but that the newspaper had reported something else entirely.

Ms. Cooper’s faith was shaken. “It’s hard when you can’t really believe what authority tells you, you know?” she said. “When you just cannot believe the people that’s supposed to look out for all people. And when you question that, it’s not a good feeling.” 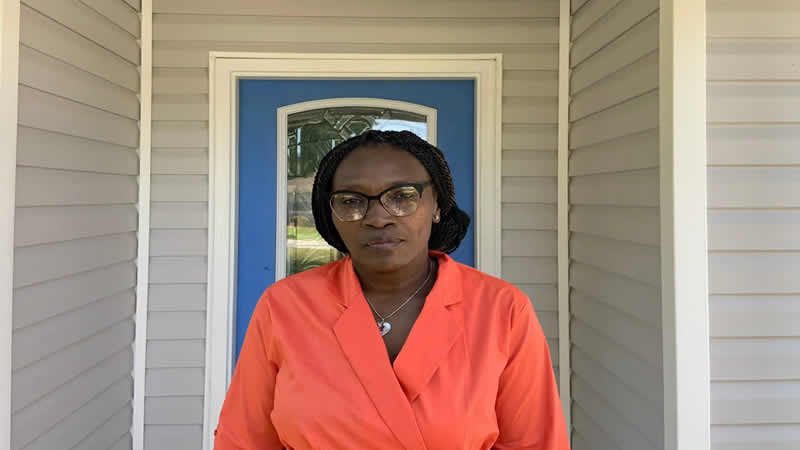 The two men made a brief appearance in Glynn County Magistrate Court on Friday afternoon, but court officials said they did not enter a plea. No information about their lawyers was immediately available.

Questions about the handling of Mr. Arbery’s case extend beyond the police department and to Mr. Barnhill, the prosecutor who told the police that there was insufficient probable cause to arrest the McMichaels.

In an email Mr. Barnhill wrote to the state attorney general’s office on April 7, he asked to be taken off the case, stating that his son, an assistant district attorney in the Brunswick prosecutor’s office, had handled a felony probation revocation case involving Mr. Arbery. He also said Gregory McMichael had helped with “a previous prosecution of Arbery.”

Court records show that Mr. Arbery was convicted of shoplifting and of violating probation in 2018; according to local news reports, he was indicted five years earlier for taking a handgun to a basketball game.

Mr. Barnhill’s office most recently drew attention beyond South Georgia for its prosecution of a black woman in rural Coffee County who had helped a first-time voter use a voting machine in the 2012 election. In 2018, a jury found the woman not guilty of multiple felonies. Her lawyers called the case “a racially motivated targeted prosecution.”

J. Peter Murphy, a Glynn County commissioner, on Friday defended the Police Department’s decision to make no arrests in the shooting of Mr. Arbery. Mr. Murphy said the agency had been advised not to make arrests by both Mr. Barnhill and officials at the office of Ms. Johnson, the district attorney in Brunswick who formally asked to be taken off the case four days after the shooting. Neither prosecutor could be reached for comment.

“Tell me what the agency did wrong when its men and women were told several times not to arrest anyone?” Mr. Murphy said, referring to the police. “What were they supposed to do? Cuff these guys and walk them into the jail and have no one prosecute them?”