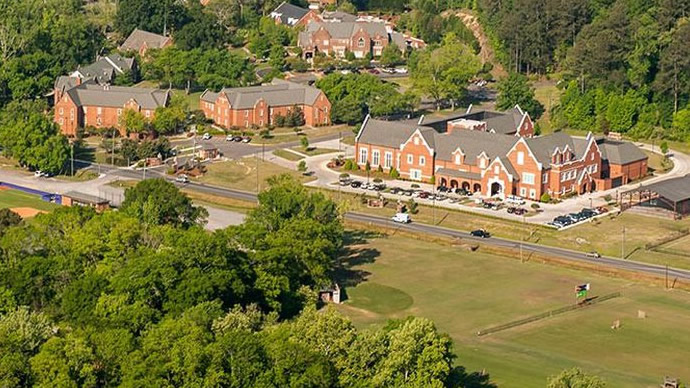 A northwest Georgia private school has agreed to compensate 20 former students who say a teacher sexually abused them decades ago.

The former students of the Darlington School in Rome had alleged in a lawsuit that school officials didn’t stop the abuse even after boys and, in at least one case, a parent complained about the teacher’s behavior in the 1980s and 1990s.

In a statement Tuesday announcing it had settled the lawsuit, Darlington pledged to fully investigate future reports of abuse. Financial terms of the settlement were not disclosed.

The former students, now men in their 40s and 50s, said they had been repeatedly molested by Roger Stifflemire, an English teacher and “dorm parent” at the boarding school who taught in grades 9 through 12 from 1974 to 1994. They said Stifflemire propositioned them before and after classes, coerced them into sex acts in his on-campus apartment and abused them during off-campus outings.

The alleged abuse was first reported by The Atlanta Journal-Constitution in 2017. When former students quoted in the article sued the school later that year, more alleged victims went public with their own accounts of abuse.

The settlement “really honors these courageous men,” Darren Penn, a lawyer for the former students, said in an interview. Many have said their experiences at Darlington haunted them for decades; one took his own life.

“They had the courage to come forward and pursue justice for a lifetime of pain and struggling from the scars and injuries suffered at a time when they were most vulnerable,” Penn said.

In its statement, Darlington stopped short of acknowledging that school officials brushed off complaints about Stifflemire. But the school said the teacher’s “intimidation, manipulation and exploitation” created a “horrible situation” — for the former students and for Darlington.

“Although this will be a stain forever on the history of our beloved school, we are relieved that the truth has been exposed and addressed,” the school said, apologizing for not doing “a better job of protecting them or of recognizing what was happening at the time.”

“We realize that no amount of compensation can remove the wounds, but we pledge to continue to work with these men to find peace and healing.”

Stifflemire remained on Darlington’s faculty for 15 years after he was first accused of abuse, then worked for 11 years in an Alabama school system. Now 80 years old, retired and living near Montgomery, Alabama, Stifflemire has denied abusing students. He did not respond to a telephone message left at his home on Tuesday.

A separate lawsuit against Stifflemire is pending, Penn said.

One of the former students, Tim Lee, a psychotherapist in New York who works with victims of sexual abuse, said Tuesday that he and others felt “a sense of relief” from the settlement.

Lee was the first to publicly describe the abuse after years of trying to get Darlington to acknowledge its failings. But he said it took the collective effort of all the victims to bring the case to a conclusion.

“Thank God they are brave enough to stand by me and I can stand by them,” he said. “If they hadn’t come forward, none of this would have happened.”