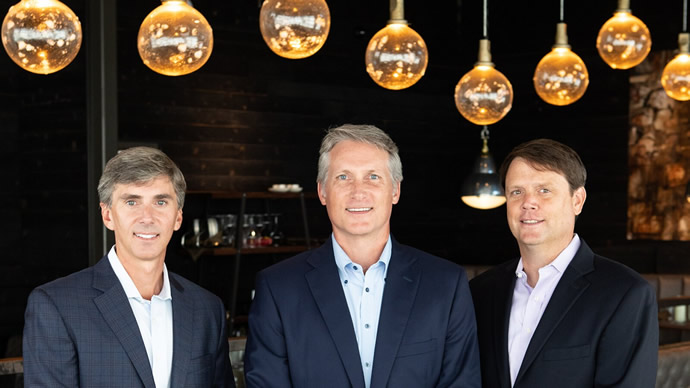 Bob Stoner is a retired commercial real estate executive who has lived in Atlanta for 38 years. While working in Buckhead, he joined the Buckhead Area Transportation Management Association serving as Chairman from 2002-2005. He is co-founder and chairman of the non-profit Livable Buckhead, Inc., founded to expand the platform of BATMA and better serve the interests of Buckhead’s residents, property owners, office users and visitors. Their signature project is PATH400, a 5.2 mile walk/run/bike trail running through Buckhead along GA 400. In addition to PATH400, LBI has partnered to develop three parks. Conservation, recycling, sustainability and quality of life issues are key objectives to LBI. He and Janet live in Roswell have two children and three grandchildren. “I am involved with LBI because I believe in its mission. I care deeply about the environment and through LBI we can help make the community a better place. This is my way to give back, make a difference and set an example,” says Bob. LivableBuckhead.com

Carl Sergeant Carl Ortiz-Ramos with the Brookhaven Police Department took part in the Great Cycle Challenge to fight children’s cancer. The Great Cycle Challenge started in 2015, and after just 6 years, the event has grown to become one of the biggest cycling events in the United States, raising nearly $40 million in support of research to develop better treatments and find a cure for childhood cancer. “Please support me by making a donation to give these kids the brighter futures they deserve. Your support will change little lives,” says Carl who has cycled nearly 200 miles so far. Go to GreatCycleChallenge.com/riders/carlortiz-ramos

Following her father’s 2012 dementia diagnosis, Whitney DeMarlo Oeltmann quickly discovered there was a lack of information, family resources and support offered for those living with dementia and their caregivers. She felt called to help others facing similar uncertainty, and in 2016, she founded Dementia Spotlight Foundation (DSF). Whitney wears many hats at DSF, serving as co-founder, CEO and executive director. She leads employees and volunteers and advocates to ensure all programs meet the Foundation’s goals of providing a “guiding light” for those looking for a path forward. Oeltmann is also committed to raising public understanding of dementia-related diseases. The Foundation recently joined forces with Roswell-based dementia support group, Amy’s Place and are expanding their offerings throughout Georgia and Florida. DementiaSpotlightFoundation.org

Cameron James, Darren Penn and Robert Peterson coach the Raiders in the Bigs League at Northside Youth Organization in Buckhead. They love coaching youth football and being a part of NYO, “Atlanta’s greatest community organization,” they say.  This is Robert’s seventh year coaching, working with more than 100 kids. “The opportunity to make a positive influence on a kid’s life while watching him grow not only athletically, but also emotionally and socially, is extremely rewarding. The game of football teaches kids some of life’s greatest lessons, and we really enjoy being a small part of that. It’s a bonus that Cameron, Darren and I have become great friends along the way and we have a blast coaching with one another,” says Robert.

“For me, football teaches hard work, teamwork, discipline, comradery, competition, and dealing with adversity, among many other wonderful life lessons. Some of my favorite memories and strongest friendships were developed through the amazing game of football. Our goal each and every year is for the kids to have fun and come back to play the next season,” says Darren. NYOSports.com