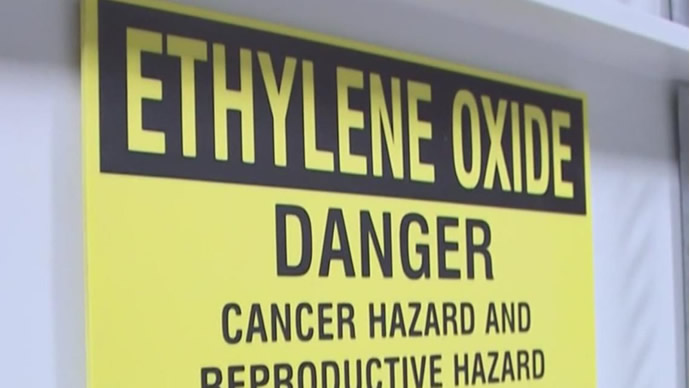 ATLANTA — Attorneys representing residents who live near two medical sterilization plants in metro Atlanta announced a new wave of lawsuits against the companies. They allege the facilities have released a toxic gas that is directly linked to high cancer diagnosis in their communities.

The lawyers are part of six individual law firms working together in litigation against BD Bard in Covington and Sterigenics near Smyrna. In a virtual press conference Tuesday morning, they said they collectively represent nearly 200 people who once lived or worked near the plants.

Many of the attorneys and their clients still live within miles of the facilities. Attorney Michael Geoffroy is one of them.

“They’re killing us. They are killing our community,” he said.

The lawsuits claim the companies’ use of the gas, ethylene oxide, has contributed to a rise in cancer.

“Each of these persons have been diagnosed with either lymphoma, leukemia or breast cancer. And all of them were otherwise in good health without significant genetic or other health conditions, other than exposure to the [ethylene oxide] prior to their cancer diagnosis,” Cale Conley said, another attorney representing residents.

One of their clients includes Lisa Miller, a pediatrician who lives 3.5 miles from the BD plant. She’s currently battling breast cancer.

“The exposure that these folks in Covington, especially within a close proximity of the facility, are undoubtedly experiencing, I think it’s a very good connection,” Darren Penn, Miller's attorney said.

In 2018, the Environmental Protection Agency identified 109 areas in the U.S., showing potentially elevated cancer risk, mostly driven by ethylene oxide. That includes communities near the BD and Sterigenics plants.

The two companies did not respond to our on-camera interviews requests, but did provide written statements.

Troy Kirkpatrick, a BD spokesperson, said the levels of ethylene oxide outside its plant, measured by Georgia’s Environmental Protection Division (EPD), is in line with many other parts of the state, including a state park three hours away.

“This data shows that average levels of EtO (ethylene oxide) in Covington, Ga. are exactly the same as the levels found in the rural General Coffee State Park and below levels found at EPD’s background monitoring station in South DeKalb, Ga. approximately 30 miles from BD’s facility in Covington,” Kirkpatrick said in an email.

“Sterigenics empathizes with anyone battling cancer, but our Atlanta facility’s safe operations are not responsible for causing the illnesses alleged in these lawsuits. We intend to vigorously defend against the plaintiffs’ unfounded claims,” he said.

Residents’ attorneys didn’t offer any specific evidence linking ETO to their client’s cancer, but they say it will be revealed in the near future.

“If we didn’t believe that, and believe in our ability to do that with confident testimony and evidence, I wouldn’t be talking to you today,” Conley said.