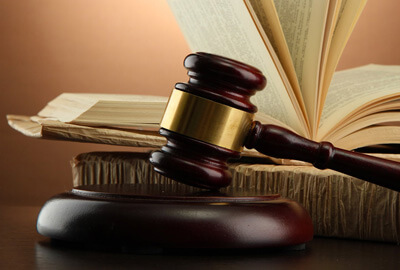 “There’s no way these victims can ever be made whole again,” said Darren Penn, the plaintiffs’ attorney. “But what you can do is provide them some help going forward.”

The men are plaintiffs in a set of 17 civil lawsuits filed Friday in the Oconee County Superior Court, where one of the new accusers and a defendant live. They join nine other former Darlington School students and the widow of a Georgia man whose estate attributes his suicide to the alleged abuse.

The alums of the prestigious coed boarding school in Rome, Georgia, allege sex abuse in the '70s and '80s, primarily at the hands of a long-time, former instructor and “dorm parent” named Roger Stifflemire.

Channel 2 Investigates examined the case last year when the original claims were filed.

“I would just leave his apartment when I felt like I’d stayed long enough to satisfy him,” Lee said last fall.

In the latest filing, several males claim Stifflemire would “exert his influence in an attempt” to make the students engage in sexual acts.”

“Similar, almost identical allegations,” Penn said of the new claims. “Each and every case, each and every allegation is super-serious from the standpoint of adults taking advantage of their power and abusing children.”

Fred Marquette, an associate of Stifflemire, and David Ellis, another former student, are accused of abuse, concealing and/or facilitating it, in some cases off-campus. Darlington is accused of concealing information on abuse and turning a blind eye when it was revealed by at least two victims decades ago. None of the men have responded to past  requests about the allegations, but moved to have the cases dismissed last year.

But Penn would voluntarily dismiss the original 10 claims in December, with hopes a new Georgia childhood sex abuse law would benefit his clients.

“We would have been able to go backwards with those claims,” Penn told Carr, noting the statute of age limitations would have widened for accusers along with the liability for organizations accused of concealing abuse.

Georgia lawmakers did not pass the new bill, so the claims moved forward with new accusers this month. Among the charges are claims of fraud, misrepresentation, and racketeering .

The school’s original letter to alums last year led to some of those claims, as it stated no physical abuse had taken place. Without naming him,  it referenced what they said they learned from Lee coming forward to them.

The 2017 media coverage of the original claims is what made the other accusers come forward, their counsel said. Penn notes that’s often the case in childhood sexual abuse cases.

“Suddenly there’s this realization that you’re not the only one,” he said.

In a statement to Channel 2 Action News this week, Darlington’s Head of School described the case as difficult for the entire school community.

“We continue to be heartbroken as more former Darlington students have come forward to share what they’ve been going through,” Brent Bell said in the statement. “We recognize that the situation is very difficult and emotional for those who bravely have come forward and for the entire Darlington Community. As head of school, my door remains open to anyone who has any information helpful to this process.”

The statement goes on to describe the school’s culture and response to the lawsuits.

“Inappropriate contact by anyone responsible for the care and well-being of our students will not be tolerated at Darlington,” Bell said. “Darlington’s current school policies are focused on respectful boundaries, training, communication, and reporting procedures for both students and faculty and are meant to create a safe environment for our students to learn, grow and excel. We have the dual priorities of focusing on our current students and continuing to understand the past. Following the voluntary dismissal in December, we did reach out to the Plaintiffs' attorneys and will do so again once we have fully assessed the newly-filed suits. I would like to thank our community for its continued support and prayers as we move forward.”