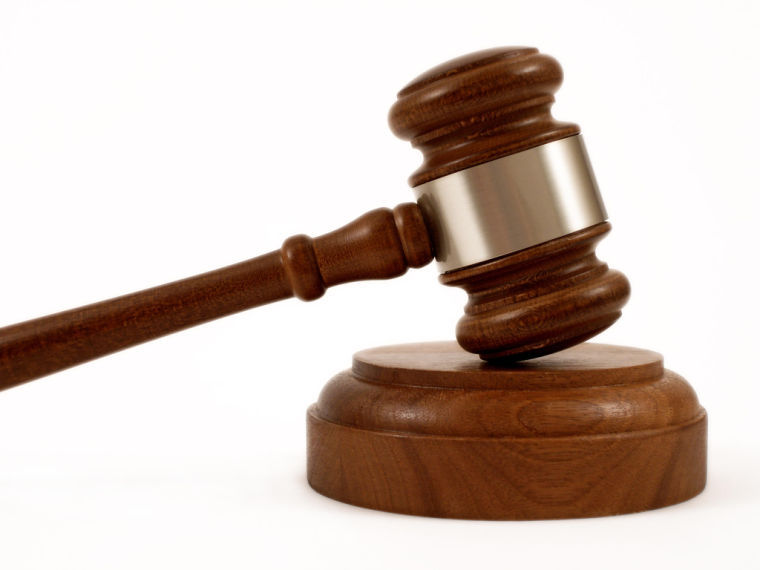 Lawsuits against Darlington School and Floyd County Schools along with accusations of sexual and work harassment at Shorter University manifested in 2017.

Darlington sexual abuse lawsuit dropped by plaintiffs; attorneys of plaintiffs say plans are to refile at a later date

A lawsuit was filed in late June, primarily by former students, and alleged sexual misconduct by a former Darlington School teacher, a former student and another man during the 1970s and 1980s.

In the lawsuit, the former students had alleged they were sexually abused and the school did not step in to stop it when the incidents were reported. The lawsuit was filed just before the Hidden Predator Act, a 2015 law, expired. This law suspended the statute of limitations for civil suits against those accused of sexual abuse against minors.

On Dec. 15, three days before a scheduled hearing, the plaintiffs had the suit dismissed without prejudice. This action allows for them to refile their complaint, something an attorney for the plaintiffs said would come at a later time.

Darlington Head of School Brent Bell said in an emailed statement: “Although the lawsuit has been dismissed, the school is committed to discovering the whole truth and will continue its fact-finding effort outside the legal process to investigate these claims of abuse.”

Attorney Darren Penn, of the Atlanta-based Penn Law Group, which is representing the plaintiffs, said, “In January, the Georgia Legislature will begin working to amend the existing Hidden Predator Act.

“We will be working with our legislators during the 2018 legislative session to correct several serious flaws in that law.”

A main goal of theirs in seeking to amend the law is for it to hold entities liable when they may be complicit in the actions of an individual under the organization’s domain.

Darlington’s motion to dismiss, filed in October, states the law arguably allowed for a revival of claims of abuse by an individual but did not allow for an entity, such as the school, to be sued under that law — so the normal statute of limitations should apply.

In August, three men filed lawsuits in federal court in Rome claiming their former supervisor at Coosa High School of subjecting them to severe and pervasive sexual harassment, and in one man’s case, racial harassment as well.

According to the lawsuits:

The incidents occurred while James Cromer Sr., James Cromer Jr. and Edwin Howell were working as custodians at the school, under the supervision of Scott Justice, around the time of summer 2016. The three men made a formal complaint concerning Justice’s actions towards them to Glenn White, the director of student services at Floyd County Schools, on Aug. 31, 2016.

The lawsuit claims White did not investigate the claims and backed Justice when the men came forward. And rather than disciplining Justice, he transferred the three men to other schools at that time.

Criminal complaints concerning the incidents have not been filed with police.

At the time of the lawsuits being filed, Cromer Sr. and Justice still worked with Floyd County Schools, while Cromer Jr. resigned around the time of the alleged incidents and Howell retired in August.

A joint motion to dismiss from Floyd County Schools and Justice was filed Oct. 3. It requested the Floyd County Board of Education be dismissed as a defendant in the lawsuits and that Justice, in an individual capacity, was immune from assault and battery claims.

In an order filed Dec. 7 from Senior U.S. District Judge Harold Murphy, the Floyd County Board of Education was removed as a defendant in the lawsuit.

“Under the circumstances present in this case, defendant BOE is not a legal entity subject to suit,” the order stated. “Georgia law is clear on this issue: a county board of education is not a body corporate and does not have the capacity to sue or be sued.”

From this same order, Justice’s claim of immunity was denied.

“Official immunity does not bar plaintiff’s assault and battery claims against defendant Justice in his individual capacity,” the order stated.

The lawsuit calls for the reinstatement of the Fair Dismissal Act and for an appeals process to an impartial third party be adopted for system educators facing dismissal.

As a charter system, Floyd County Schools is allowed to bypass the Fair Dismissal Act under regulations passed by the Georgia Legislature.

Last year, the board unanimously adopted a dismissal policy that provides teachers and administrators a three-level appeal process when they are facing dismissal. They may appeal first to the human resources director, then to the superintendent and then to the school board.

The major difference between the FDA and the new policy is that there is no longer an automatic appeal to the state board of education under Floyd’s policy. Also, under the system’s policy, administrators have the same appeal rights as teachers — which was absent under the FDA.

In October 2016, board members approved an addition to the dismissal policy that allows teachers and administrators to have legal representation when appearing before the board.

The plaintiffs contend the system’s termination policy is at odds with the rights educators had previously earned under the FDA.

In September, Floyd County Schools was removed as a defendant in the case and board members — Chip Hood, Tony Daniel, Melinda Jeffers, Melinda Strickland and Jay Shell — in their individual capacities are the current defendants.

At the end of December’s board meeting, Strickland made a motion to amend the system’s charter “to incorporate the elements/guidelines of the Fair Dismissal Act that gives the right of certified employees to appeal decisions from the local level to the Georgia Department of Education.”

No other board member seconded the motion.

Strickland said it is her promise to teachers that as a board member she will push for the FDA to be reinstated by the system.

Former Shorter University Vice President of Student Affairs Corey Humphries resigned Nov. 8 after allegations of sexual and work harassment made by Director of Campus Safety Paula Penson surfaced in a report she filed with Rome police a day before.

The allegations concerned inappropriate touching by Humphries, a direct supervisor of Penson’s, and nit-picking of her job performance and work ethics.

Assistant Director of Campus Safety James Hall came forward to disclose how Humphries was treated differently, by not being put on paid administrative leave when Penson brought the allegations up to Shorter officials in verbal and written complaints, than another former employee, Chad Reid, who had been the head cheerleading coach.

Reid had immediately been put on paid administrative leave while campus safety personnel, including Hall and Penson, investigated a sexual harassment complaint made against him, Hall said. However, even when the complaints against Humphries came out, he was not put on leave, he continued.

This was the first time in Hall’s 17 years at Shorter that an employee wasn’t immediately put on paid administrative leave following a complaint being filed, he said.

At the conclusion of the investigation of the complaint against Reid, they found “there was no evidence” of sexual harassment and described the accusation as “really so vague,” Hall said, the three of them felt there was no reason for Reid needing to leave his position.

However, despite the investigators’ conclusion, Humphries made the call himself that Reid was to either resign or be terminated, Hall said. Reid made the decision to resign.

Hall was fired by Shorter on Dec. 13, days after the report on the university’s inconsistent handling of the two complaints ran in the Rome News-Tribune. Shorter claimed that Hall disclosed confidential information to the paper and cited it as the cause for his termination.

According to documents provided to the Rome News-Tribune, an investigation, which concluded Nov. 29, by conflict investigator David Archer, who was appointed by the law firm representing Shorter, found Humphries actions didn’t “rise to the level of sexual harassment under the law.” However, the investigation did find Humphries “violated Shorter’s policy against inappropriate touching”

The summary on the results of Archer’s investigation written by President Donald Dowless stated that if Humphries had still been employed at Shorter “he would be subject to disciplinary action … up to and potentially including termination.” Humphries would have been able to appeal any disciplinary action, the summary stated.

However, since Humphries had already resigned by the time the investigation was complete and its findings shared, “there is no further action for Shorter to take,” according to the summary.

“In terms of moving forward, Shorter would like to make sure you are receiving any medical services or support you need, including psychological or counseling services,” according to the summary.

The summary goes on to state that for a year the university will pay for any of Penson’s medical services that its insurance plan doesn’t cover.

One of Penson’s major complaints was that Shorter had failed to reach out to her with her next step as a victim — no counseling opportunities or victim resources, no open door for reaching out. When they did, in the summary, over a month had passed from when she filed the complaints.