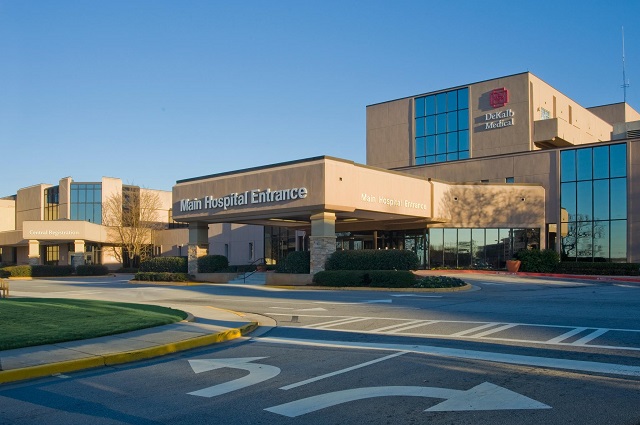 The suspension led to a large protest at the hospital. Bootstaylor and his practice, See Baby, moved to Atlanta Medical Center.

None of the lawsuits pertain to the incident that Bootstaylor said led to his privileges being pulled: a vaginal breech birth of twins that resulted in a baby fracturing her humerus. The parents in that delivery wrote a glowing testimonial about Bootstaylor which was published on the See Baby Facebook page.

Decaturish has made repeated attempts for several weeks to contact Bootstaylor for a response. He has not returned messages and his attorney in two of the cases, Kenneth Jones, has also declined to comment, citing ongoing litigation. DeKalb Medical would not comment for the same reason. Likewise, the plaintiffs and their attorneys would not comment at this time.

Medical malpractice lawsuits are not uncommon, particularly among OB-GYNs. A survey by the American Medical Association found OB-GYNs and general surgeons were the physicians most likely to be sued. The survey found that 63.6 percent of OB-GYNs surveyed have been sued at least once and 44 percent have been sued two or more times.

Darren Penn is a personal injury attorney who is not involved in the current cases. His firm did sue Bootstaylor in 2010, but he says the lawsuit was resolved and voluntarily dismissed not long after it was filed.

“A lot of these doctors, they may get two or three, maybe four lawsuits over a career,” Penn said. “It is somewhat unusual to have three this close together. You wouldn’t really expect that.”

In the 2010 case involving Penn, Bootstaylor was accused of not evaluating a patient’s heart for evidence of injury related to rheumatic fever. The patient in question, Andrea C. Bermudez, who was carrying twins, experienced cardiac arrest, the lawsuit says. The mother and the twins died following a cesarean section at Gwinnett Medical Center.

Records show that before the suit was dismissed, Bootstaylor filed a response denying the allegations against him.

Decaturish was unable to find any other lawsuits filed against Bootstaylor between 2010 and the first of the three most recent lawsuits, filed in DeKalb County in October 2017.

In that lawsuit, plaintiffs Stacie Joy Smith Kenner and Grover Kenner allege that Bootstaylor, DeKalb Medical and several other nurses, acted negligently and injured the couple’s twins. The lawsuit says that the mother went into labor at 33 and 5/7 weeks. It alleges Bootstaylor ordered a dose of Magnesium Sulfate Premix, which is used to prevent seizures caused by preeclampsia and to stop preterm labor.

The lawsuit alleges that Kenner should not have been given the medication because she was past 32 weeks gestation. It also alleges the twins were not delivered in a timely fashion. Kenner went into labor on Oct. 11 and she delivered on Oct. 13.

An OB-GYN expert witness for the Kenners, Marc Kobelin, alleged in an affidavit that the standard of care was not followed. As a result, Kobelin said, Mrs. Kenner had kidney failure, liver failure, respiratory failure, and seizures. Both babies were also injured.

“The patient was not even a candidate for magnesium sulfate treatment and should have been delivered on Oct. 11, 2015,” Kobelin wrote.

Bootstaylor denied the allegations of negligence in his response.

In his response to the Kenners, Bootstaylor’s attorney said:

“The Defendant Bootstaylor states that any care and treatment which had been afforded to the Plaintiffs by the Defendant Bootstaylor, at all times and in all respects, was and has been in accordance with the standard of care exercised by medical professionals generally under like or similar circumstances. The injuries suffered by the Plaintiffs occurred not as a result of negligence of any party, but was rather the result of matters beyond the ability of medicine, which is inherently an inexact science.”

The second recent lawsuit was filed in January 2018. The plaintiffs are Andrea and Michael Gregory. They allege that their son was injured during delivery in February 2016. It alleges that Bootstaylor “violated the duty of ordinary care and diligence” and was “grossly negligent.” It goes onto allege that Bootstaylor:

– Failed to ensure that fetal heart rate auscultation occurred in a timely and appropriate manner.

– Failed to adequately supervise an employee, who is also named as a defendant

In his response to the Gregorys’ complaint, Bootstaylor denied the allegations. He said the complaint should be dismissed and noted their attorney did not attach an expert affidavit like the one included in the other recent lawsuits.

“Plaintiffs failed to attach an affidavit as required under O.C.G.A. §9-11-9.1, and Plaintiffs’ Complaint should be dismissed for failure to state a claim upon which relief should be granted,” his response says.

Georgia OB-GYN H. Kit Howard, an expert for the plaintiffs who resides in Georgia, said in an affidavit that Bootstaylor and DeKalb Medical “violated the standard of care” for someone like Breitenfeldt, who was 43 years old and three weeks past due when she was induced.

“In particular, at 40 weeks gestational age, no appropriate consideration was given for operational delivery, given the patient’s advanced maternal age, post date status and known fetal macrosomia,” Howard’s affidavit says.

Decaturish was unable to locate a response to the Breitenfeldts’ complaint.